“GQ” cover
“Is he alright?” Fans worry about Brad Pitt

A photo shoot by Brad Pitt for “GQ” causes frowns among fans. Among other things, they are reminded of Bowie and Homelander.

A photo shoot of “GQ” with Brad Pitt causes some confusion on the internet. The cover star of the new issue is presented in the pictures in a particularly artistic way – probably too artistic for some viewers.

On the cover, the Hollywood star is lying in a bright blue suit in the water adorned with flower heads, a small salamander is crawling on his chest. Both Pitt’s apathetic facial expression and the strangely bent hand under the chest bother some fans in the picture. Or: make them worry. On Instagram, many find that Pitt looks dead in the photo and ask in the comments if he’s okay.

But many also have other associations with the photo: “I seriously thought that was Homelander” is one of the most popular comments. The Homelander is a character from the comic book series The Boys, played by Antony Starr. Others are reminded of actor Ray Liotta (1954-2022), who died in May this year.

In more colorful pictures by photo artist Elizaveta Porodina, Pitt can be seen in experimental seventies outfits with a glitter vest, heels or with rhinestones glued to his eyes. In this series of images, he reminds many of David Bowie (1947-2016). In another picture, in which he swims in the pond full of flowers, he wears purple trousers, a turquoise ruffled shirt and gold suspenders – fashions that remind many of the adventurous Harry Styles. In other photos, Pitt can be seen playing with fire in a knee-length man’s skirt and black eyeshadow.

Brad Pitt and his ex-girlfriends: great love and the same style 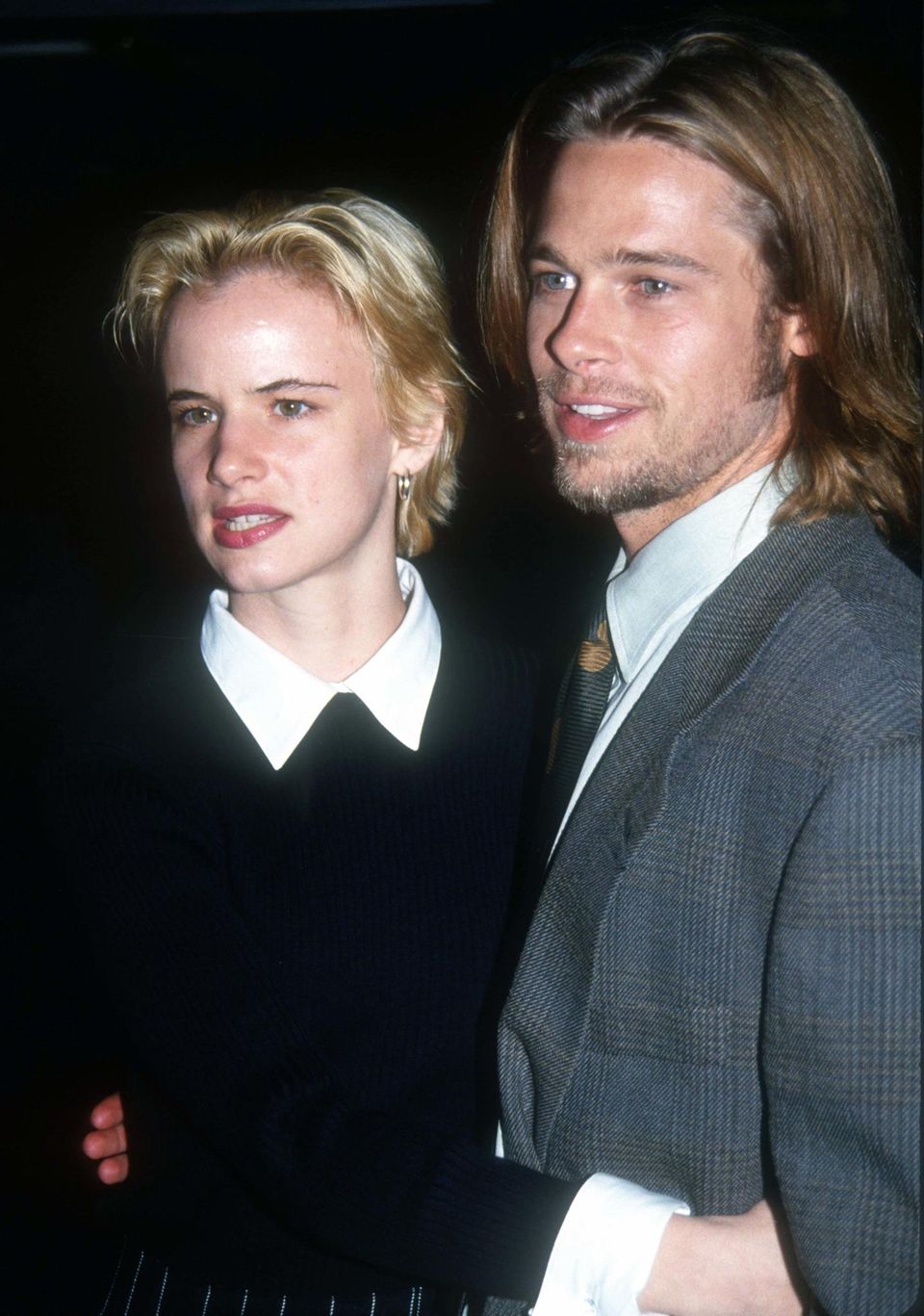 Brad Pitt and Juliette Lewis got together in 1989. She was only 16 at the time, ten years younger than the actor. But Lewis also seemed to have had a major effect on Pitt’s appearance.

The actor certainly didn’t have to prove that Brad Pitt can slip into different roles. In the – also very ambitious – Interview with the writer Ottessa Moshfegh but he also mentions his own artistic ambitions. “I’m one of those people who speak through art,” Pitt is quoted as saying in the interview. “I just always want to create something. If I don’t create anything, I die somehow.”

Declared dead and yet alive: “The administration killed me” testifies a living Perpignan woman