Ford plant Saarlouis before the end? “We were lied to, cheated and fooled”

For months, the workforce at the Ford plant in Saarlouis had hoped for a positive investment decision, but the group decided against the plant. Instead, electric cars are to be built in Valencia, Spain. The anger and disappointment is correspondingly great.

Bad news for Saarland: The US car manufacturer ford has decided against its plant in Saarlouis, Saarland, as part of a groundbreaking investment package. Instead, an electric car platform – also called “architecture” – is to be created in Valencia, Spain, as the group announced on Wednesday. There is “the best positioned plant” to produce vehicles based on an electric architecture, the company said.

The decision hits the 4,600 Ford employees in Saarland hard. Because car production at the site is only secured until 2025, then production of the combustion model Ford Focus will be phased out. From then on, the production lines stand still – unless Ford puts other plans on the table after all. The workforce had hoped that, thanks to investments in electrical equipment, most of the jobs would be safe afterwards. The management’s decision now destroys this hope.

Saarland’s Prime Minister Anke Rehlinger and Economics Minister Jürgen Barke (both SPD) described the decision as a “farce”. One gets the impression that the internal bidding process was never fair. In fact, Saarlouis is “clearly ahead” compared to Valencia. The fact that the workforces of both locations were played off against each other in the bidding process is “shabby”. The state government will fight for jobs.

Federal Minister of Economics Robert Habeck (Greens) demanded that Ford “promptly make concrete plans for the future of the Saarlouis plant”. Habeck said that the group had a special responsibility as the owner of the plant, as an employer and as a major automobile manufacturer in Germany, Europe’s largest automobile market.

Markus Thal, Chairman of the Works Council at the site Saarlouis, was deeply shocked and angry: “We were lied to, cheated and fooled. For three years we were run against the wall,” he told the German Press Agency in Saarbrücken. In a first statement, the works councils spoke of a “framed game” and a “sham procedure”. You fought and gave everything, was the clear winner in the bidding competition and are now being robbed of your success.

The chairman of the general works council in Germany, Benjamin Gruschka, described Ford’s decision as a “complete failure of the European headquarters”. According to the works councils, the location decision was evident from the start. The only possible reason why a laborious bidding process was forced on the employee representatives in Spain and Germany was the intention to “obtain further concessions from the employees in Valencia to be squeezed, even though Spanish working conditions have already deteriorated massively in the last 15 years”.

After the fundamental decision of the management, restructuring is now pending in Valencia. The investment sum and the specific car model will be determined at a later date – there may also be several models.

From race winners to mafia carriages: These classic cars cost up to 70 million dollars 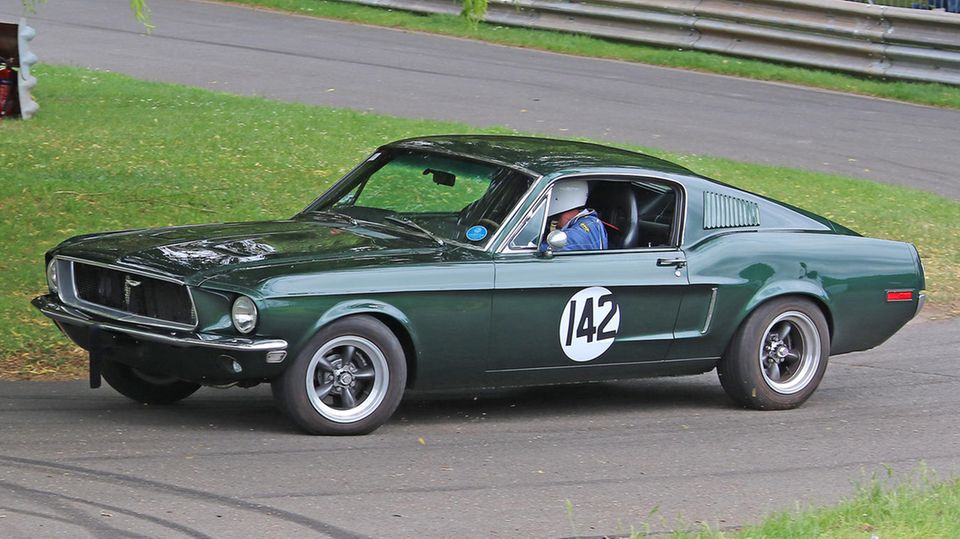 The future looks bleak in Saarlouis. It is threatened with closure or sale, said works Council Gruschka with a view to the end of Focus production in 2025. The possible consequences would be “devastating” for Saarlouis, Saarland and the Saar-Lor-Lux European region.

Works council does not believe in offers from Ford

Ford Europe boss Stuart Rowley told the dpa that the decision in favor of Spain was not a decision to close the Saarlouis site. “We are now trying to find ways to give as many affected workers as possible a future.” From a technical and strategic point of view, the two locations were on par, but from a financial point of view, Valencia had the advantage.

When asked whether Saarlouis still had a future in the Ford Group after 2025, Rowley said that a task force would now be set up and how to proceed with the employee representatives and the Saarland state government would be discussed. Look at opportunities that lie inside and outside of Ford. He wasn’t more specific.

The works council no longer believes in corresponding offers from Ford. “These are tranquilizers, of which we have had enough,” said employee representative Thal of the dpa. “You can take them all with you and introduce them to others.” Now you have to see what legal options there are within the framework of the collective agreement.

Ford is in transition. In the age of electromobility, the US automaker initially lagged behind its competitors and seemed to have ignored the signs of the times. In the meantime, however, Ford is investing heavily in electromobility in order to be able to compete in the future. The European headquarters in Cologne plays a major role in the Americans’ plans, the group wants to invest a total of two billion US dollars there in the coming years and manufacture electric cars, with production scheduled to start at the end of 2023.

Ford has around 15,000 employees in the cathedral city. There, the planned Stromer are based on the electric platform from VW. Ford wants to install its own platform in Valencia in order to build further electric models. It is unclear when the first Ford Stromer will roll off the assembly line there – “later in the decade”, it says vaguely.

Industry experts had expected the decision not to locate the new platform in Saarlouis. Personnel costs are lower in Spain than in Germany, says Stefan Bratzel from the University of Applied Sciences in Bergisch Gladbach. Some time ago, Ford decided to invest billions in Cologne, where labor costs are also relatively high. However, the location there is much larger and also has numerous suppliers in its vicinity.

Bratzel has little hope for the continued existence of the Ford plant in Saarlouis. It is possible that the Focus production will be extended by another year or two, but that would only delay the end. In order for Saarlouis to be involved in electric production after all, Ford would have to experience a boom in sales of electric vehicles in the coming years. “But that is absolutely not in sight – in terms of quantity, the locations where investments have been made so far should be sufficient.”

Jean Pütz: He is “cured” after cancer surgery

Lézignan-Corbières: The young people of FCL XIII in the spotlight

Pictures of the day: the best pictures